Since 1990, autologous fat transplantation, lipofilling or lipostructure has become a really reliable procedure. The principle is simple. It consists of taking the fat from one part of the body and reinjection into another. The fat is harvested by liposuction from the abdomen, the hips, the thighs or the inside of the knees, the fat is then reinjected after being ‘washed’, and after gentle centrifugation in order to separate healthy cells from unusable cells. This technique is often used in reconstructive surgery, as well as in aesthetic surgery.

In facial rejuvenation surgery, lipofilling is today an indispensible tool I

Lipofilling of the wrinkles can reshape the face if it generally looks too thin or is particularly marked by age. A year after injection in the face or in the hands, we can see a change in quality of the skin ! This procedure can also be used during a facelift in order to enhance the contours. The areas most treated by lipofilling are the cheekbones and around the eyes. This technique can be used among patients who are allergic to collagen and other injectable products.

We can perform facial rejuvenation treatments with this technique,  breast augmentation, buttocks and calves reshaping and genital surgery.

It is advised to stop taking anti-inflammatory drugs and aspirin fifteen days prior to the operation.

THE PROCEDURE OF LIPOFILLING

The injection is done under local, general, or local with intravenous sedation, anesthesia. Hospitalization lasts one day (in general this surgery is carried out as day-care), and maybe one night, should this procedure be done at the same time as a facelift. Surgery time is variable.

Each surgeon has his or her own technique, but the principle is the same for all. An area is chosen from which excess of fat is harvested, the fat is treated as mentioned above, and then after preparation, the fat is reinjected where it is needed. A very thin canula is used to increase precision

Since the fat is grafted directly into the tissue, after a small resorption (up to 30%) , it will generally live as long as the tissue does, and age at the same time. With time and experience, touch up sessions are less needed.

Exposure to the sun should be avoided for at least a month.

As with any surgery, complications are possible but extremely rare (hematoma, infections, anesthesia problems). The most frequent is a need of overcorrection: when an excessive quantity of fat is injected. It may need a touch up by liposuction if the excess is still there after few months.

THE RESULTS OF LIPOFILLING

Two days after the injection the wrinkles fill out. This effect is variable (from few months to permanent). Secondary injections can be made at a later date. The advantage of this technique is how natural it is and the improvement it gives to the skin in appearance and texture 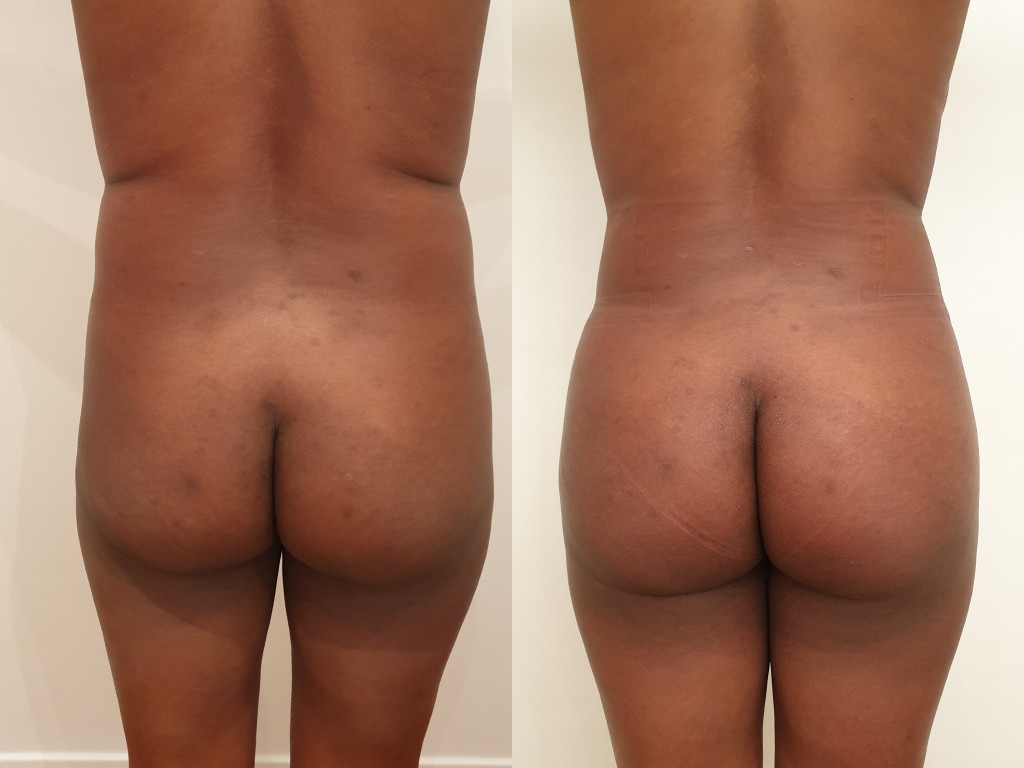