The buttock lift is performed for sagging buttocks but can also be part of a lifting of the thighs. Usually incision is made at the top of the buttock’s and meeting in the midline. It can however also be placed below to buttock’s in the crease of the thigh. If volume is needed, can be added an implant or  fat extracted during liposuction for volume. Lipo injection can also be used to add volume to the buttock’s, with or without the lifting.

Avoid taking aspirin for 15 days prior to surgery.

Surgery will be done using general anesthesia, or sometimes a spinal anesthesia. Hospitalization is usually required for one night. The surgery lasts a couple of hours on average. If drains were used they will be taken out after a day or two.

Swelling and bruising may occur, but will disappear over two weeks following surgery. Any postoperative pain is treated with analgetics, and is usually doesn't pose a problem. For most patients the surgeon will prescribe 2 to 4 weeks of sick leave. The healing procedure can be unpleasant. The patient must avoid any stretching movement of the buttock’s for at least three weeks, and avoid to sit down as much as possible during this period. Exercising and normal activity can be resumed one month after surgery, as well as baths and swimming. 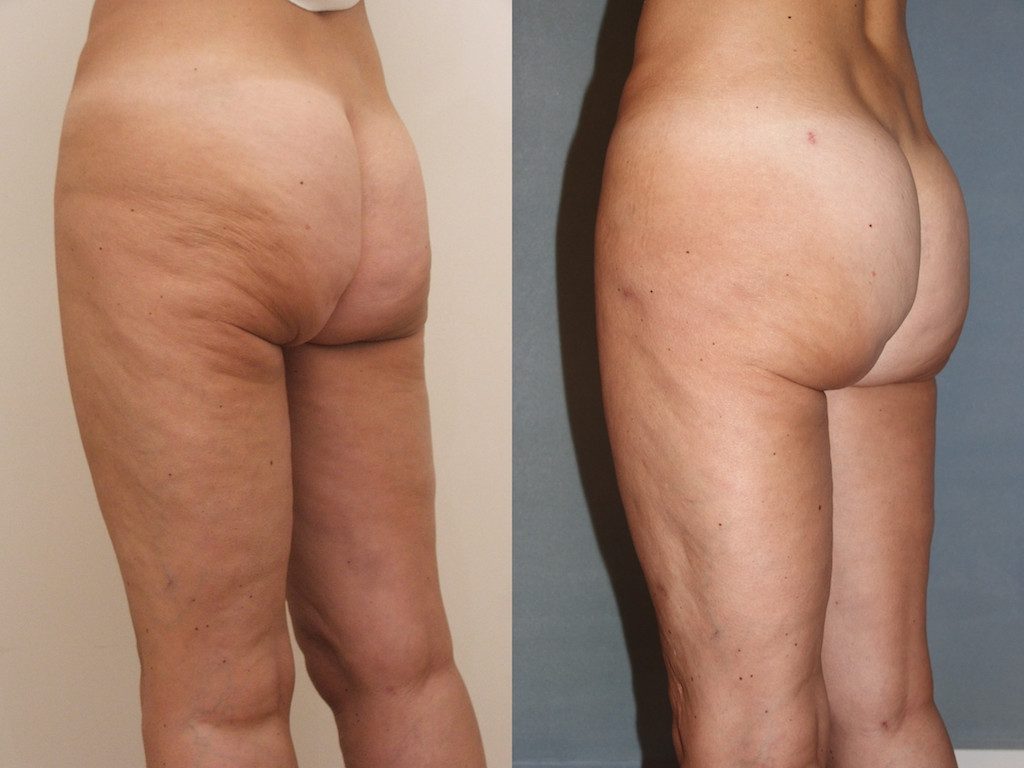 A smoother and tighter buttock’s, where the volume has been shifted from below to above is the final result. The volume may also have been increased, or decreased depending on need. The quality of the scar may vary, but if in some parts not optimal, it can usually be corrected later.