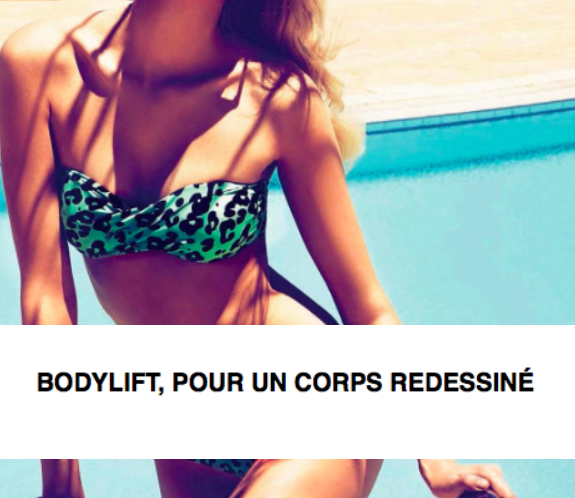 The body is the new religion, women but also men tame their envelopes until they assume some curves. In some cases, especially after a heavy diet or after bariatric surgery. The bodylift promises to be inevitable.

Focus on an increasingly popular act -

The operation is intended for all people wishing to treat severe sagging skin around the abdominal belt, hips, buttocks, back, external part of the upper thighs (horse breeches) at the same time.

The results obtained by a bodylift are generally spectacular because the intervention intervenes on the whole of the middle third of the silhouette and the abdominal belt: • The hips are regrooved and put back in tension, • The buttocks are raised and reshaped, • The camber of the back is corrected, • The waist is hollowed out, • The abdomen is flattened and the skin of the abdomen re-tensioned, • The horse breeches are flattened and stretched towards the belt The results are often spectacular, but you should know that this is a heavy intervention, requiring 2-3 days of hospitalization and 21 days of convalescence.